The pics reminded my how I did this.

In the first pic, you can see where the little roller on the end of the spring is pressed against the boot lid hinge? Well if you lean into the boot, close the lid partially (I know..!! :) ) you can get a round file on the notch in the hinge arm that is covered by the roller in the pic. It helps if you take a light into the boot with you......

Deepen the notch in the hinge VERY slightly and all will be well. Take too much off though and you won't be able to close the lid.

This was on my '91 with the big spoiler.

Why not take the spring out and give it a tweek to retension it?
Top

If you have a Unipart stockist near you, the exhaust rings are part number UGCUNR4-09-08.
and they only cost about 40p each from unipart.
Top

It's been a while since this thread saw daylight, but rather than start a new one, I thought I'd add to one of the 3 old ones I found when searching boot springs.
This one, besides being the oldest, won because it had the best Subject title.

So I've been on a bit of a boot spring journey myself, that started with a boot that JUST supported it's own weight when raised. The slightest breather of a breeze and ... wack... either it was closed or you got hit on the head.
First shot, I got a replacement pair of springs from LB, fitted and it was barely any better.

Then looking closer at the springs it was clear the mounting plate was bent, removing some of the tension off the spring, and also allowing the spring to "walk", so the lever roller was not square to the hinge arm (cam).

Rather than bodge with rubber rings, I decided to attempt a proper job, and strengthen the plate by grinding off the two welded on M6 nuts, and replacing with a 40mm x 6mm tapped plate. I also made a 40 x 40 angle plate to add strength to the other side, and act to hold the end lever roller square to the hinge arm. I also swapped the springs over from Left to right, to remove any set that was evident in the springs. Lastly, I took a round file to the arm to remove the obvious wear from where the roller acts.

Next picture shows the improvement to the "squareness" of the spring, both off the clamp plates and at the hinge arm ( strengthened hinge at top right).

And finally when fitted back on car, comparing strengthened N/S hinge with old standard O/S hinge ( now sits well away from body, probably doing the equivalent of O rings discussed in earlier parts of this thread).

So with all that work, surely the boot stays up. Well not exactly. It is MUCH better, but the main improvement is in the "almost shut" position, rather than fully open. There is no longer enough inertia in a falling boot to latch it closed, and when you release the boot, it springs open a little further than before. However the detent when fully open is still not as firm as I want. I can and will improve this by further carefull use of the file.

So in summary, the most effective corrective action for a saggy boot is to increase the detent with a file.

Tony
What goes together.... Must come apart.
Top

Springs of thicker wire is one answer but adds weight, its the 4.5kg of spoiler and bolts that`s the problem.
Going gas strut worked for me and it is lighter than the springs. 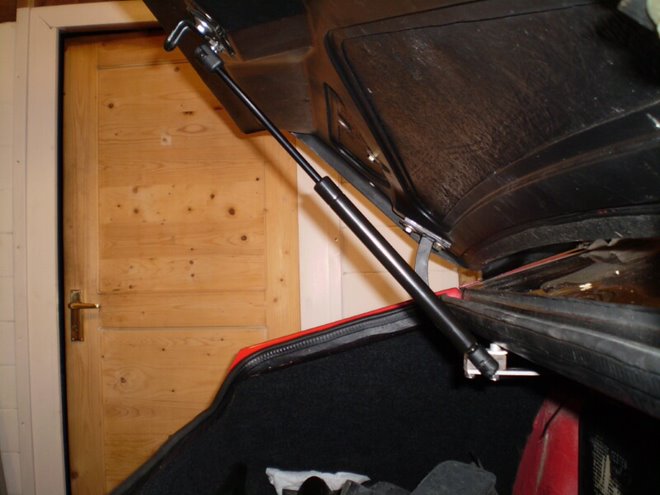 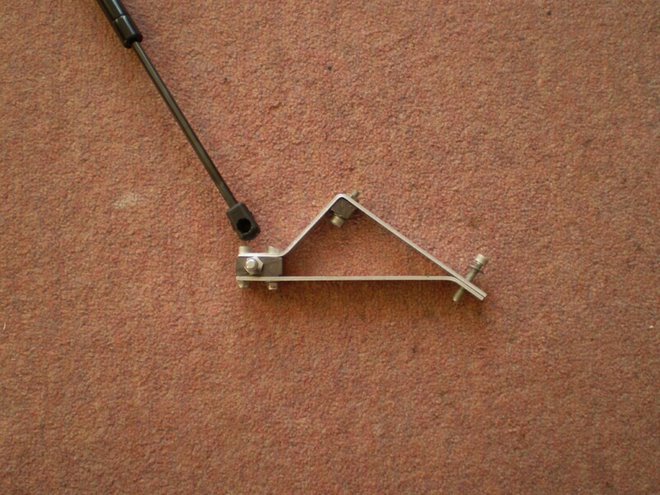 Not perfect as strut has no effect on the first six inch of lift, so no letting your boot drop.
No chance of the boot falling, strut has more than twice the spring power when open. It has been on the car for more than 12 months and no issues.
Strut body 233mm, overall 425mm,
Top

I agree:..."the most effective corrective action for a saggy boot is to increase the detent with a file."
It's simple, cheap, and works!
When I first got my Excel many years ago I had the same problem and tried many solutions.
Eventually I used a small round file to make the indent a little deeper and it's been perfect ever since.
Tony
Top
Post Reply
21 posts