richardw wrote: ↑
Wed Jun 10, 2020 16:03
So, unless you drive competitively on the track, I agree there is a very good case for driving an older car with skinny tyres in order to have fun!! And to my mind, RWD handling is much more fun than FWD.

Tony Rudd always said that the best Eclat was the 520 with its skinny tyres as it was so much fun.
Top

These days that is because the tyre sizes are part of the prescribed rules. For the 2022 season (was due to be next year before the Covid-19 crisis pushed back the rule change) they are changing to more modern low-profile tyres.

Traditionally, before the rules set the tyre sizes, F1 tyres were not low profile because the tyre technology to make low profiles work hadn't been developed. If you wanted a good wide tyre for extra grip, then a higher sidewall was the price to be paid for it.

You are absolutely right that the tyres and suspension components need to work in concert. Both contribute to the stiffness, so if the tyres are stiffer the suspension should be more compliant to compensate, and vice versa. But the behaviour of a spring and a damper is more predictable and tweakable than a rubber tyre, so a suspension designer (particularly in F1) would prefer most of the compliance to be in the springs, which can be controlled, than the tyre, which is less controllable (particularly with a single tyre supplier providing the same tyre to everyone). Of course there are several further issues in F1, for instance how a stiffer shallower sidewall will affect tyre wear, which are not so relevant to road cars.

It's messing with the balance that makes things wrong - so fitting an incorrect tyre could screw up what the engineer was trying to achieve in either direction. It's just that there are many more idiots fitting over-stiff tyres to cars designed for "normal" tyres than there are people trying to fit compliant high-profile tyres to their M3 and then finding the handling is screwed.

Then again, if you are adapting a road car for track use and are happy to screw up the ride in favour of better handling, fitting low-profile tyres may be a legitimate step in doing this - if you know what you are doing!!

Rather contradicting what I said earlier, my senior colleague James Allison talks about the current vs. new low-profile tyres in F1 in this video https://youtu.be/oFuhJoX64MU (quite a long video answering lots of questions, but this is the second question in after about 2 minutes). He says for F1 the current tyres are better, and he should know.
"Farmer" Richard

Thanks for that very interesting clip Richard - lots of good information and insight!

I found another interesting article in my dusty collection of car magazines - a road test of the Eclat Riviera, courtesy of the 1982 Motor Road Test Annual 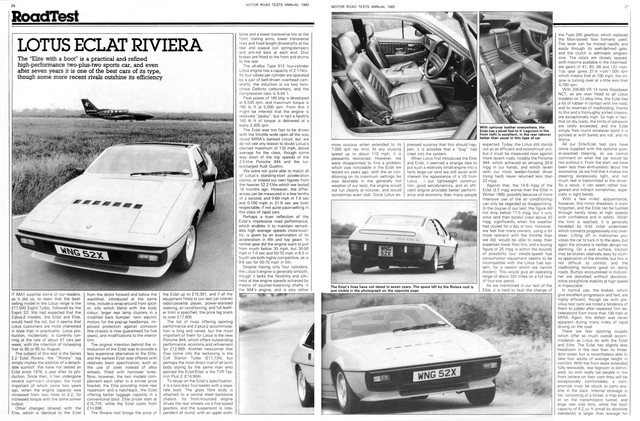 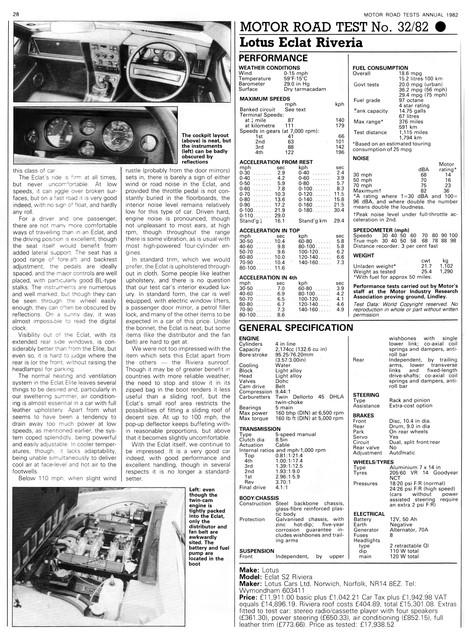 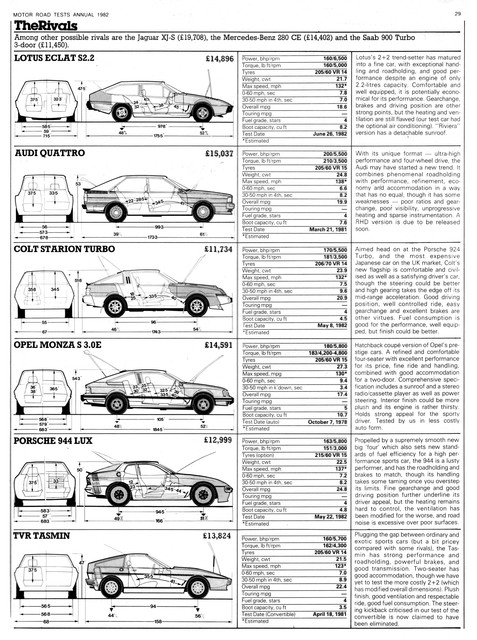 From this week's Practical Classics! 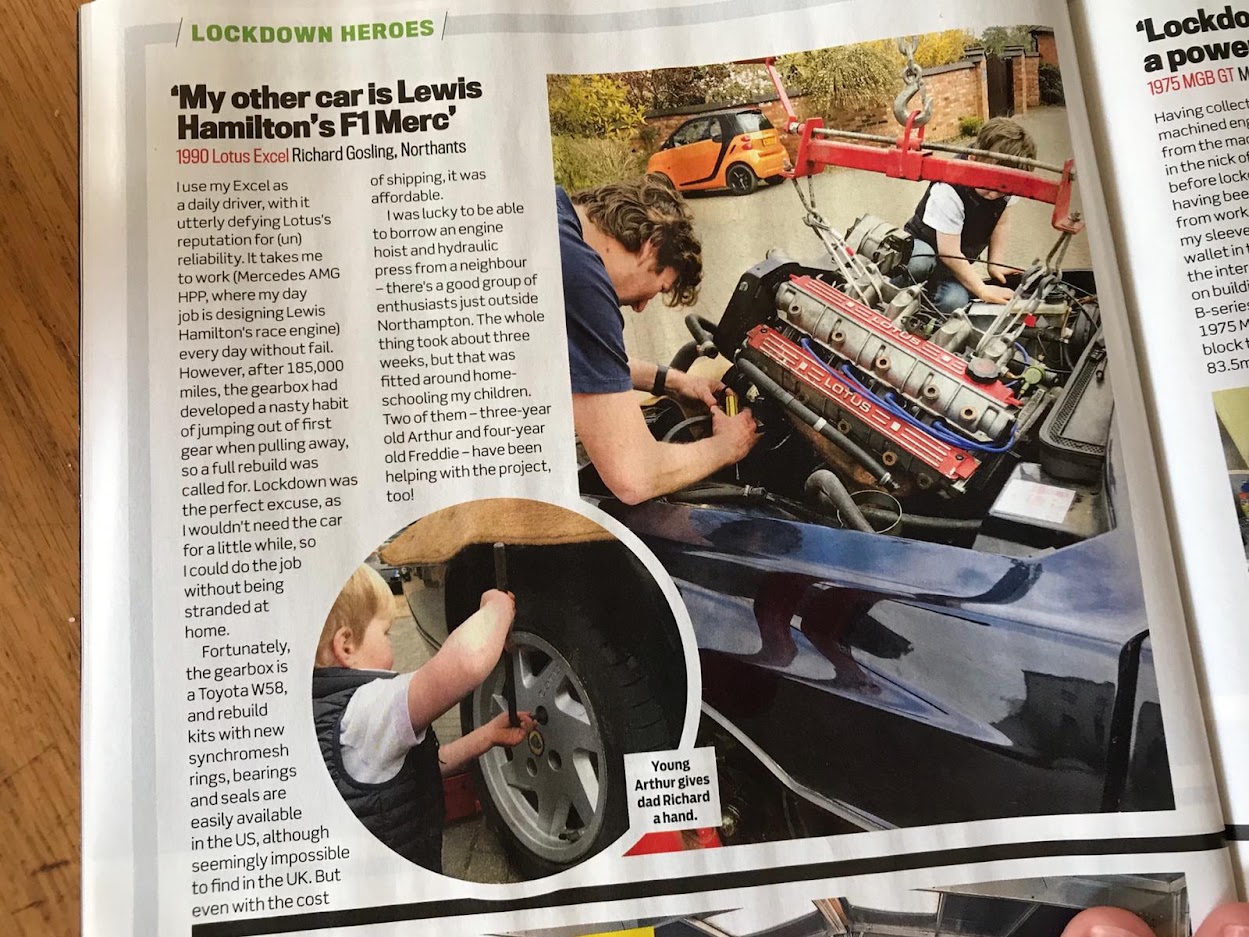 Great article Richard! Well done. Good to have a hero in our midst!!

Just about to eBay a few car magazines and in the July 1983 issue is this rather nice advert for a very early narrow-body Excel with black bumpers.

Reason for posting it though is that there is no mention of the "Eclat Excel" moniker. A quick Wiki and forum search says that "Eclat Excel" was used from the October 1982 launch of the Excel until sometime in 1984, when it became solely the "Excel".
This advert suggests that the transition was earlier than that?
-- hodders

I think, if you look closely at that ad, 'eclat' appears on the nose - but I can't zoom in enough to see clearly.

What is true, and as others have said before, is that retention of the Eclat name avoided type approval requirements for a new Excel model. I think even on later models they were registered as Eclat Excels.

The only name change that may have happened is the changing of badging on the body to remove 'eclat'.

I have recently had the Eclat/Excel enigma delay the registering of my car in Spain. I wrote to Lotus who very kindly responded with the following text:

There is no reference to the change from narrow to wide body which could be a reference point for dropping the Eclat name.
My DVLA document states Eclat, this on 21 August 1985. Nameplate is 089 for Excel.
This discrepancy cost me six months of communication with the Spanish Ministry of Industry, not Covid 19 related.