Binnacle Repair (not for the purists)

Binnacle Repair (not for the purists)

I have been slowly working through various tasks titivating my Excel and one job that I really wanted to do was the binnacle. Like many it had cracked and had the hump over the heater controls, which was literally right in front of me every time I drive it. However, being a bit of a resto-wimp, I didn't want all the hassle of removing the whole binnacle just to re-cover it in leather and be left with a perfect yet humped binnacle (pics below of original state). Having done the roof lining in grey stretch faux alcantara I decided I could do the binnacle with black faux alcantara which, whilst not really true to the original leather, would have a nod to the earlier Eclat/Elite interiors.

Using an offcut from the roof covering fabric I found that I could wedge it between the binnacle/dash/fascia panels all around the binnacle.

To work out the shape I needed I put masking tape all around the binnacle, just above the stitching line. I used this as a datum to measure how much covering was needed at points around the binnacle. Starting from the point that was where the top of the binnacle was widest I marked increments at 4" (100mm for the younger folk reading this) as well as key points (eg corners, major changes in direction etc), and then using a sewing tape measure (so I could wrap it around curves) measure the distance 'above and below' the line of visible binnacle. I then added half an inch to each measurement for fabric to be tucked in. I decided the best place to start and finish the template was in the centre of the steering column.

Using these measurements I created a template of lining paper of the required shape - which was 2m in length and up to 450mm wide but was very irregular in shape. To test this worked I bought some cheap lining fabric (cost £2) which was quite silky, cut out the pattern based on the template and offered it up in the car (having removed the two fascia panels and the switch trim panel). It seemed to work so decided to do it for real with the actual fabric.

At this point I had a bit of a brain fart and thought that the switch trim panel would also look good in the alcantara and decided to cover that too. So I glued the fabric to it, dressed it to all the apertures and then offered it up and the finished effect was basically crap - so I then spent two hours peeling off the fabric and rubbing off the adhesive to return it to its original state.

The alcantara was then fitted and ultimately fitted really well. The fascia panel bits were easy as they held the fabric in place, for other points (binnacle/dash, binnacle/console) I used a plastic scraper or metal ruler to push the fabric into the joint. It took a couple of hours to fit but the cracks are covered, the hump is disguised and the whole binnacle looks better than even I thought it would (with the added benefit that I can remove it at any time to return it to original to re-cover the binnacle properly whenever I want to). Total cost of the job was £30 for fabric.

The only niggles with the end result are a couple of fabric creases at the bottom left corner but these are minimal and being a black fabric are not very obvious - to others lol. Anyway, photos below. 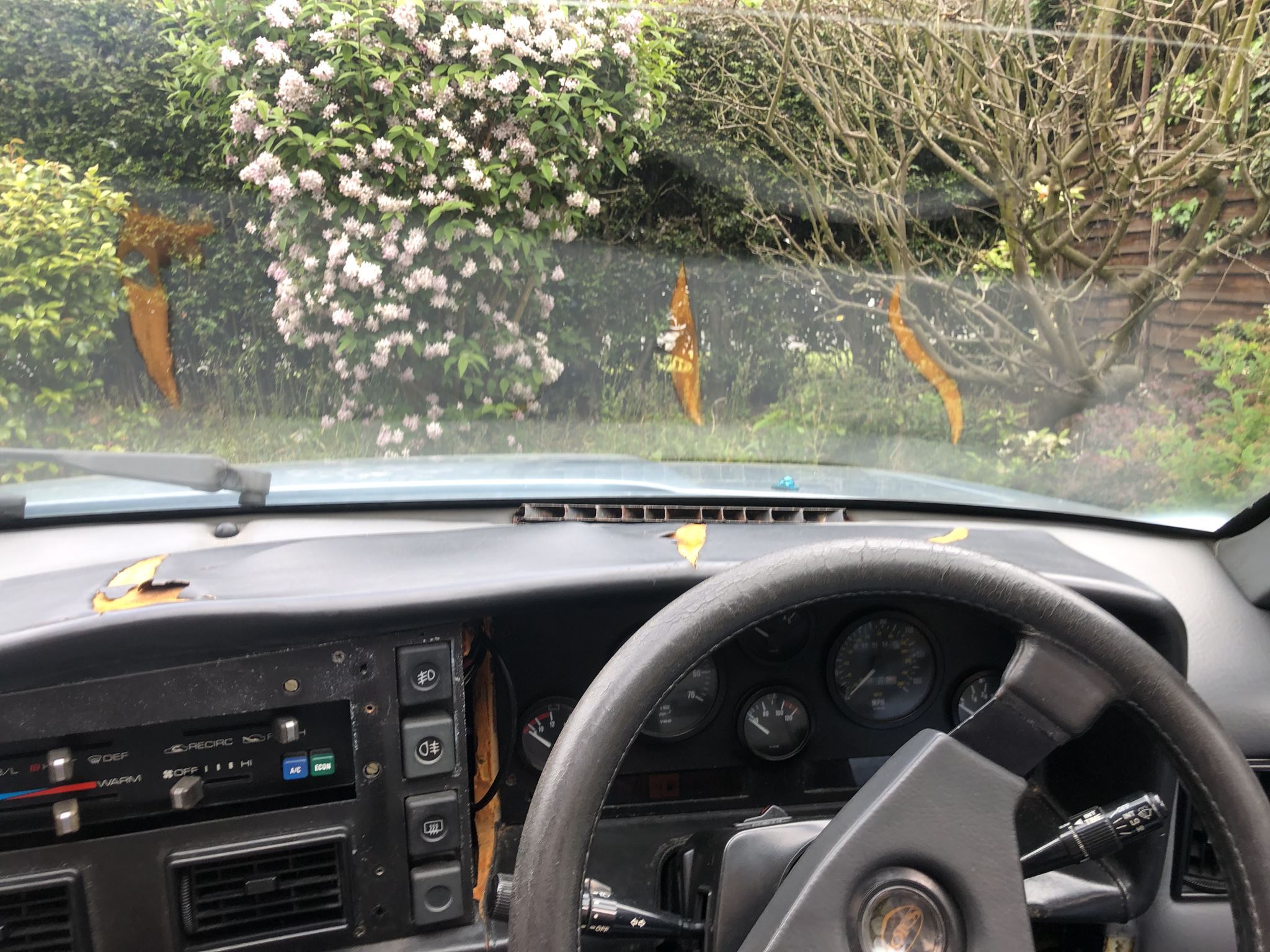 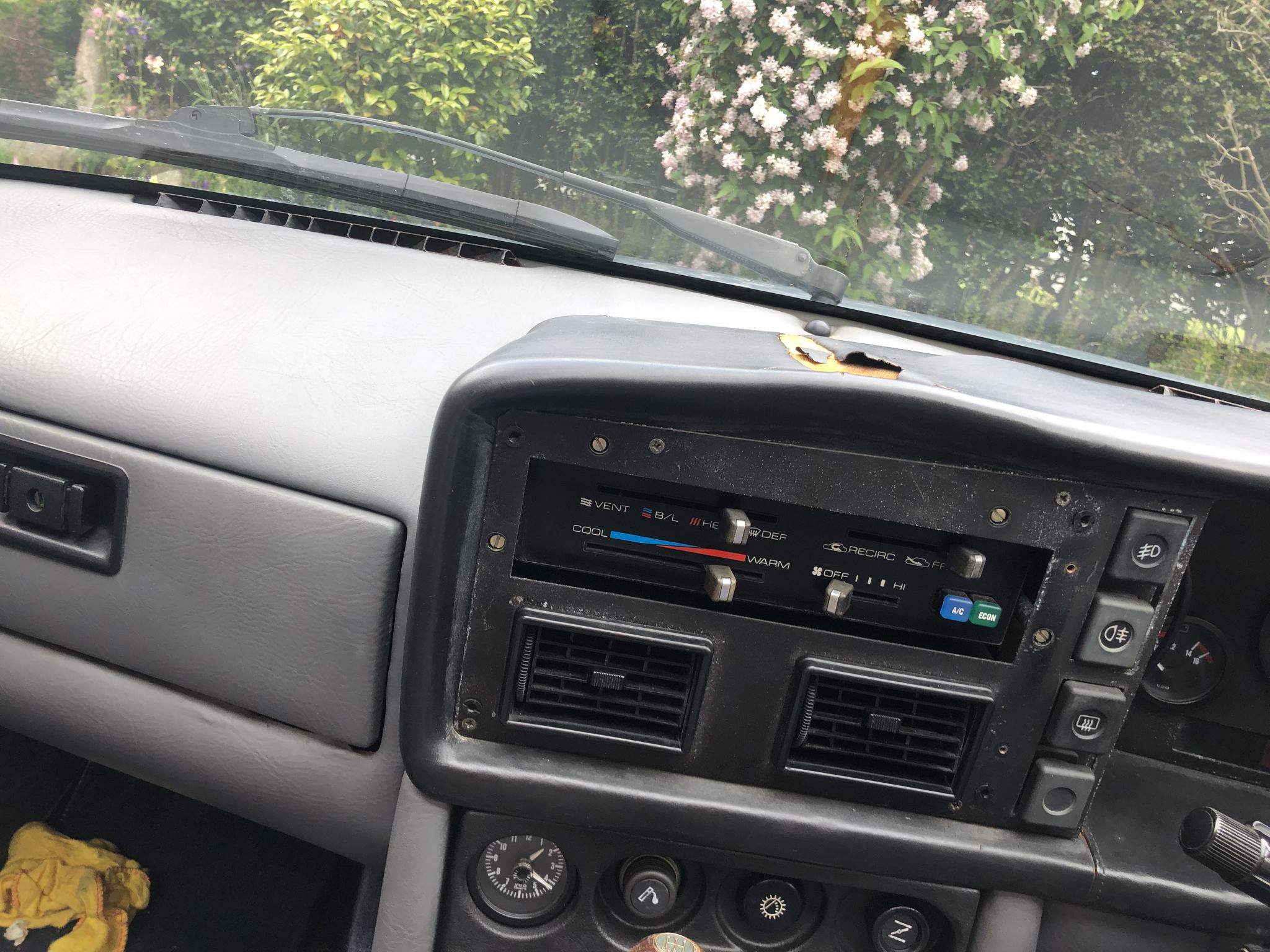 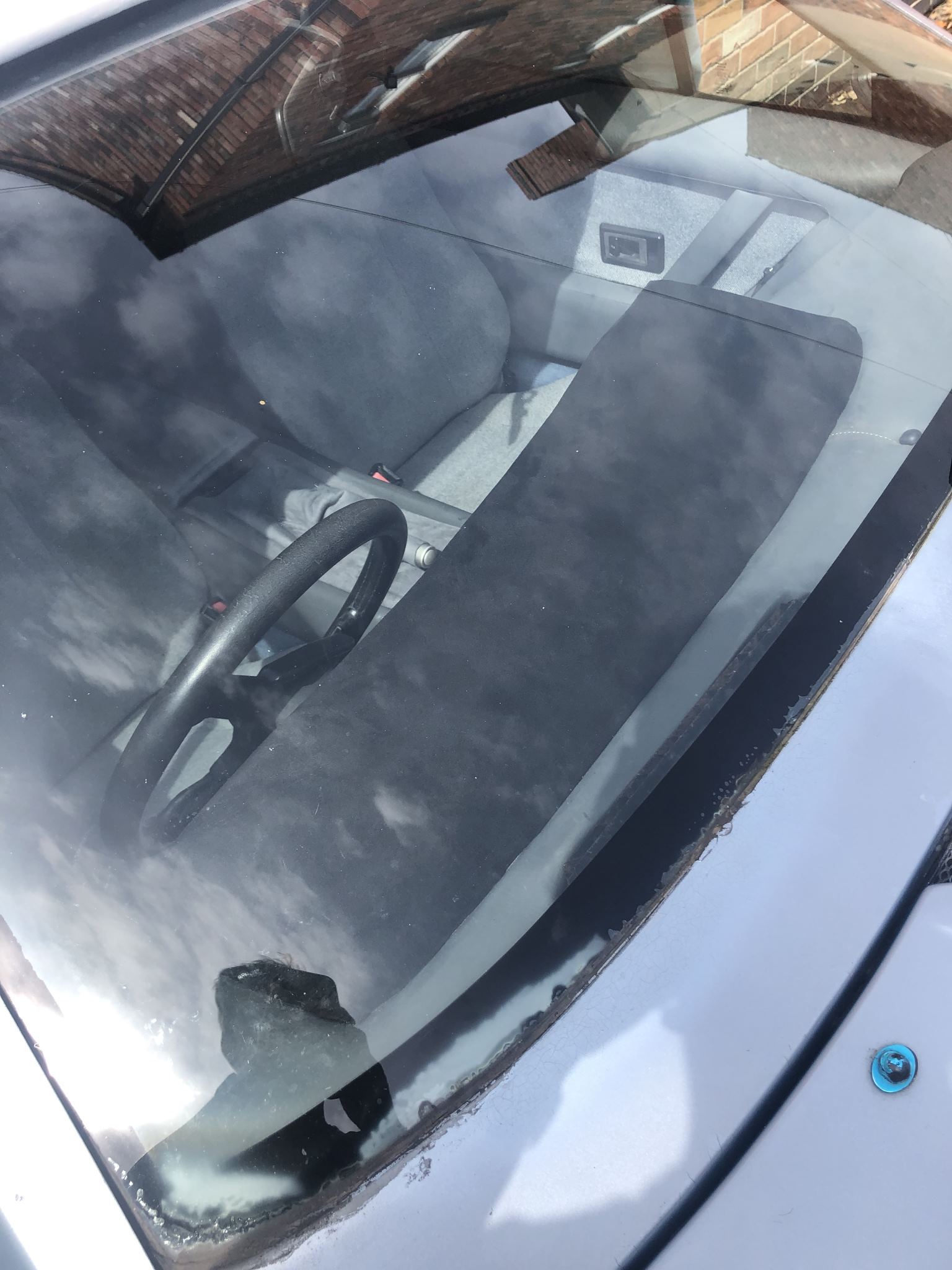 Apologies the finished photo isn't better but it does give the general impression.

By the way, does anyone know it Esprit seats fit in an Excel (width/subframe compatability)?
It's not what you've got, it's the way that you drive it

The esprit seat is a fixed bucket iirc. Would look crap in an excel.
Top

The esprit seat is a fixed bucket iirc. Would look crap in an excel.

Hi Stu, totally agree about the bucket seats but there is a pair of black leather seats on fleabay that have been removed from a GT3 so I was wandering if they would fit an Excel because they fitted an Esprit?

Nice improvement Peter .
The cars feel so much nicer when the close touch points as you drive look decent.
The wood veneer and gear gator were a mess on my car, both improved considerably by a few pounds spent on eBay and a few hours work.
Tony
What goes together.... Must come apart.
Top

I saw those seats on fleabay and thought they looked good - they are not the fixed buckets that Stu is thinking of - they are the "comfort" option.

Good job on the binnacle!

My Elite of course has the earlier dash style, and the leather has cracked on the console ‘hump’ so I’m trying to figure out a less radical solution than removing the dash. I was looking at trying to do a leather repair in situ using ‘iron on’ clothes repair liner with leather patches and filler paste, but am concerned at how this might look - any imperfections would be obvious.

A problem I’ve always had is reflections of the relatively shiny dash top in the windscreen, so adopting your approach and using Alcantara to cover both the console ‘hump’ and the instrument and glove box binnacles might be a way to go. If it could be removable then so much the better. I just need to get my head round integrating the Alcantara neatly with the leather seams along the edges of the dash.

Yes not the ones I recall. Look good and a great price at the moment. Probably won't fold forward for rear access which would fail at the mot test. Rear passenger egress must but assured.
Top

Thank you everyone for the responses.

Richard, the Elite dash is a bit more challenging not being a pod binnacle design. One of the options I looked at was self-flocking the binnacle using a kit that means it can be done at home. I watched a few Youtube videos about this and doing it in the car would be quite fiddly (especially the crack repairs) and potentially very messy but could be done and the stitching line could be the natural point to change the finish.

Stu, good point about the MOT, I hadn't even considered that aspect of them.